On April 4th, 2019, the Lac La Ronge Indian Band (“LLRIB”) obtained judgment against Henry McKenzie in the sum of $3,063,799.48.  Prior to this time, the LLRIB had tried unsuccessfully for a number of years to negotiate a resolution of the amount outstanding with Mr. McKenzie.  The debt arose out of Mr. McKenzie’s failure to remit to the LLRIB, its share of the fuel and tobacco received by him.  The funds were to be used by the LLRIB for Community/Elder purposes and instead Henry McKenzie retained and used them for his own purposes.

On June 10, 2021, the LLRIB took the necessary steps to implement BCR # 2021/22 – 027 and terminated the license granted to Henry McKenzie to operate as a Fuel and Tobacco Retailer on Indian Reserve #156 and took possession of the premises and contents known as Meechewin Place. 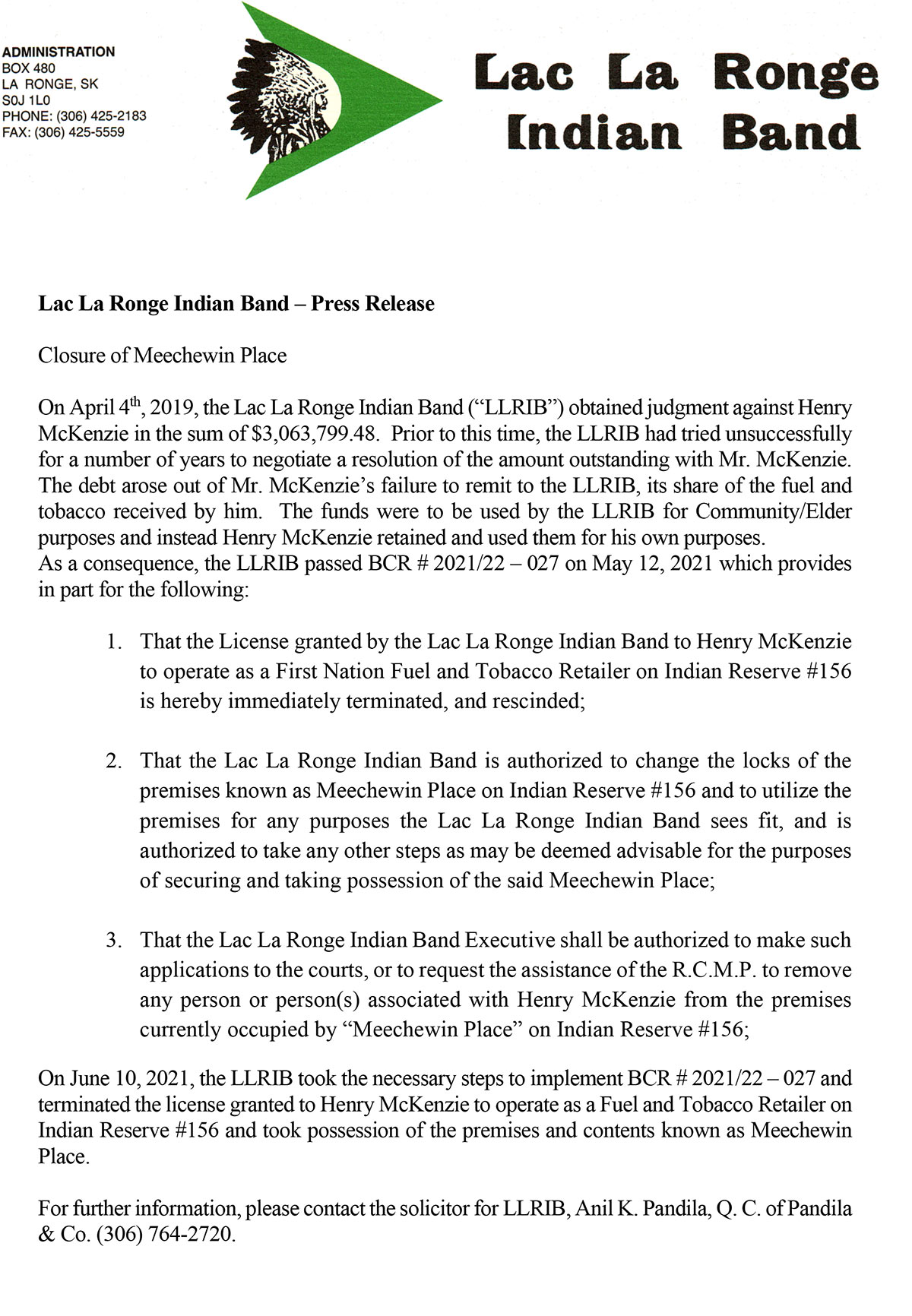 LLRIB Membership team, will be assisting in signing “Letter of Confirmation of Residence,” for upcoming Federal Election