“In October, 2018 the LLRIB completed the historical research and submitted its Specific Claim for T6AB to the Federal Government. The Specific Claims Branch has 3 ½ years before it is obligated to reply as to whether or not they accept the Claim for valid outstanding lawful obligation and the terms on which they are willing to enter the negotiations for a settlement. We hope to hear this year, 2021 regarding the validity of our Claim and whether the Crown is prepared to enter into negotiations to settle the T6AB Claim.” Chief Tammy Cook-Searson

The LLRIB Chief and Council have been lobbying the Minister of Crown Indigenous Relations and Federal specific claims officials for several years to expedite a decision, but Canada has not responded to the request to expedite the T6AB claim.

LLRIB has previously provided updates regarding the status of this claim. There has not been any further progress since the last update.

This Treaty 6 Agricultural Benefits (T6AB) Specific Claim, know as Cows and Plows, has not been validated, settled or PAID OUT.

progress on this claim.

Thank you for your continued patience. 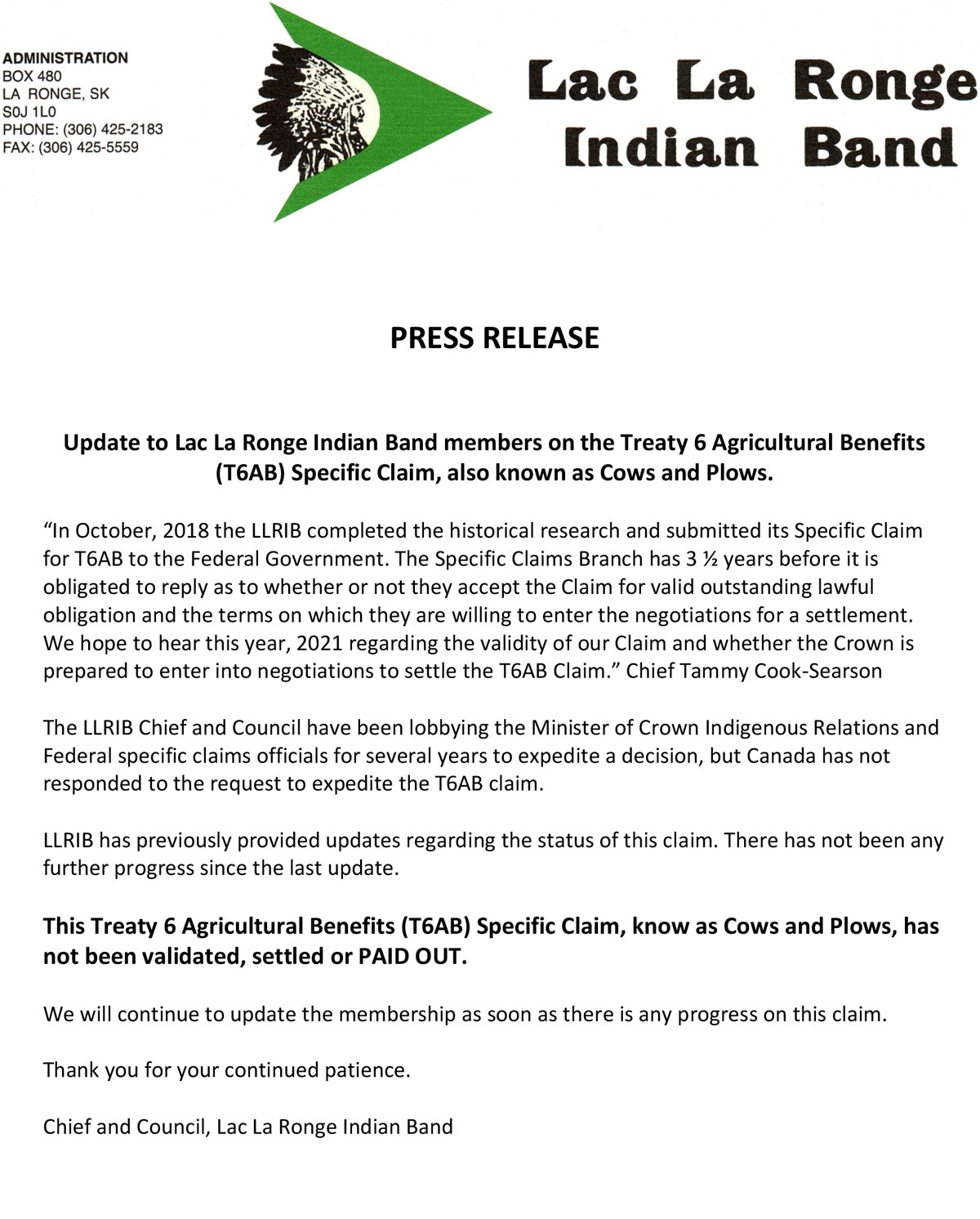