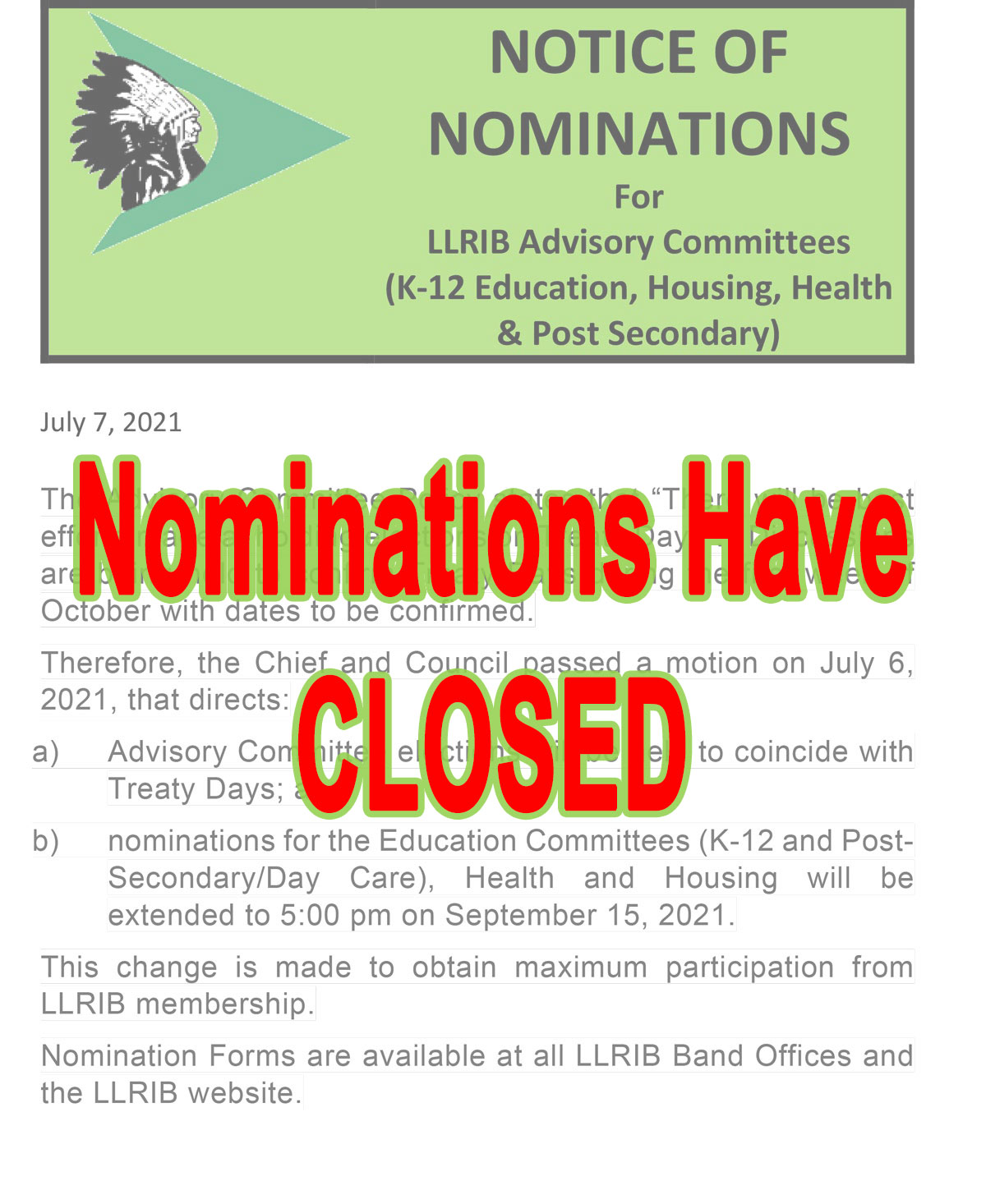 The Advisory Committee Policy states that “There will be best efforts made at holding elections on Treaty Days”. Discussions are being held to confirm Treaty Days during the first week of October with dates to be confirmed.

Therefore, the Chief and Council passed a motion on July 6, 2021, that directs:

a) Advisory Committee elections will be held to coincide with Treaty Days; and

b) nominations for the Education Committees (K-12 and Post-Secondary/Day Care), Health and Housing will be extended to 5:00 pm on September 15, 2021.

This change is made to obtain maximum participation from LLRIB membership.

Completed nomination forms can be dropped off at the Community Band Office, LLRIB Band Office, emailed to llrib.elections@llrib.ca or fax to 306-425-2590. All nominations must be received no later than 5:00 p.m. on September 15, 2021.