Of the total 7,973 eligible LLRIB member electors, 1,431 participated in the vote for the amendments to the LLRIB Election Act (2019). While 63% agreed with the Act’s electronic (online) voting additions, 74% agreed to all other proposed amendments.

The current LLRIB Election Act (2019) states that amendments can occur with the consent of a majority of Electors who vote on the proposed amendments, as long as 10% (798) of the Eligible Electors participate in the vote. About the voting participation, Electoral Officer Milt Burns said: “We saw 18% polling, nearly double the quorum required. The voting was conducted in a peaceable manner and without any disruption.”

The voting coincided with the 2022 Treaty Day annuity payments across the six LLRIB communities. Beginning July 18, LLRIB officials, the Electoral Officer, and his team travelled to on-reserve locations in Stanley Mission, Grandmother’s Bay, Sucker River, La Ronge, Hall Lake and Little Red River, and to Saskatoon and Prince Albert (off-reserve locations where a significant number of LLRIB members reside) to fulfil the requirements of the amendment process.

Gladys Christiansen, Chair of the Election Tribunal, LLRIB, said: “The overwhelming vote in support of online voting and other approved changes signify the LLRIB membership’s desire to further enhance the election process. Online voting is expected to impact the voter turnout positively in future elections and also help in emergency situations such as the COVID-19 pandemic.”

The Chief and Council will ratify the Election Act changes, and as part of the amendments, the options to vote online or in-person will be available to the LLRIB membership for all Band elections.

The next scheduled Chief and Council band election is March 2023. 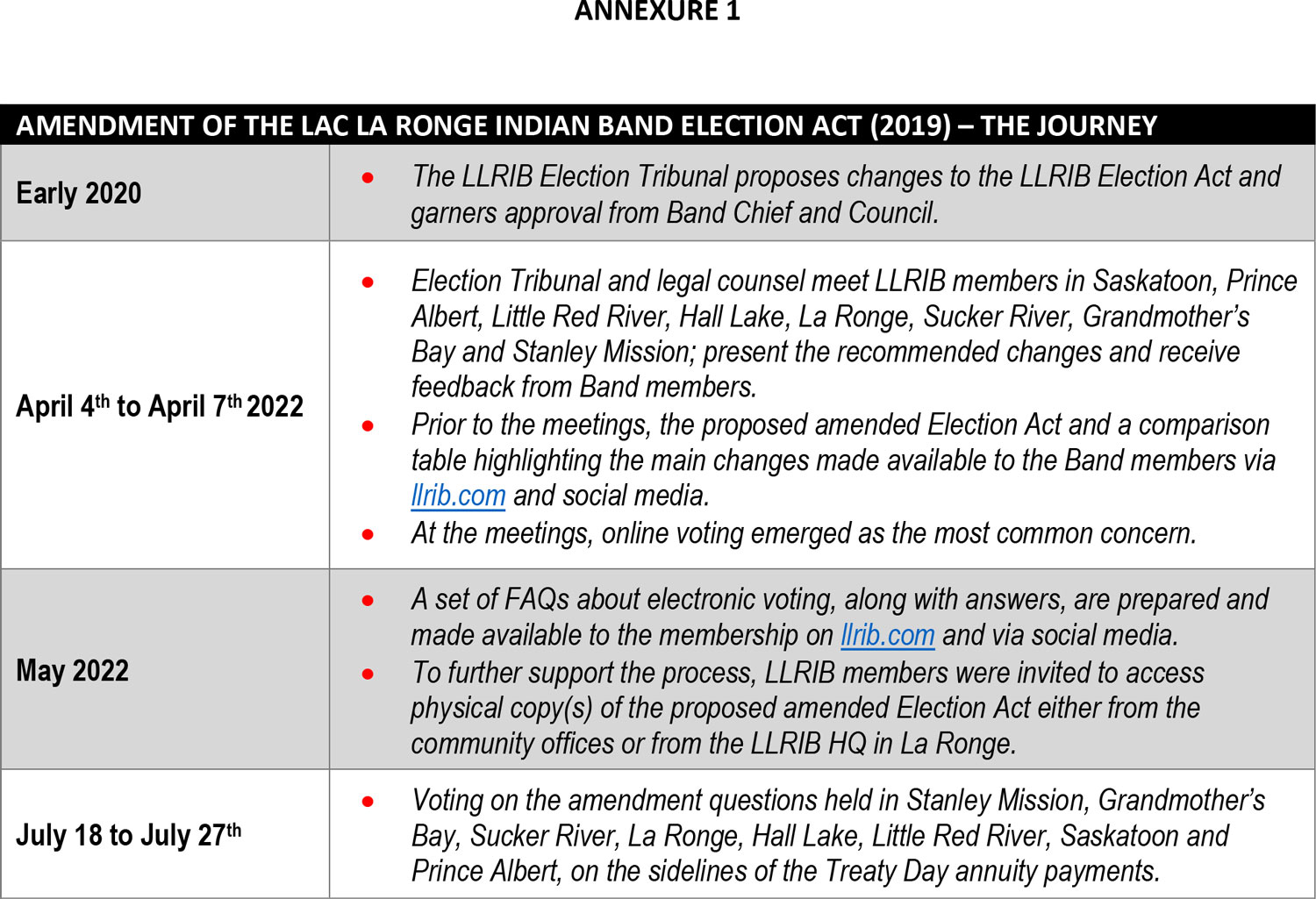 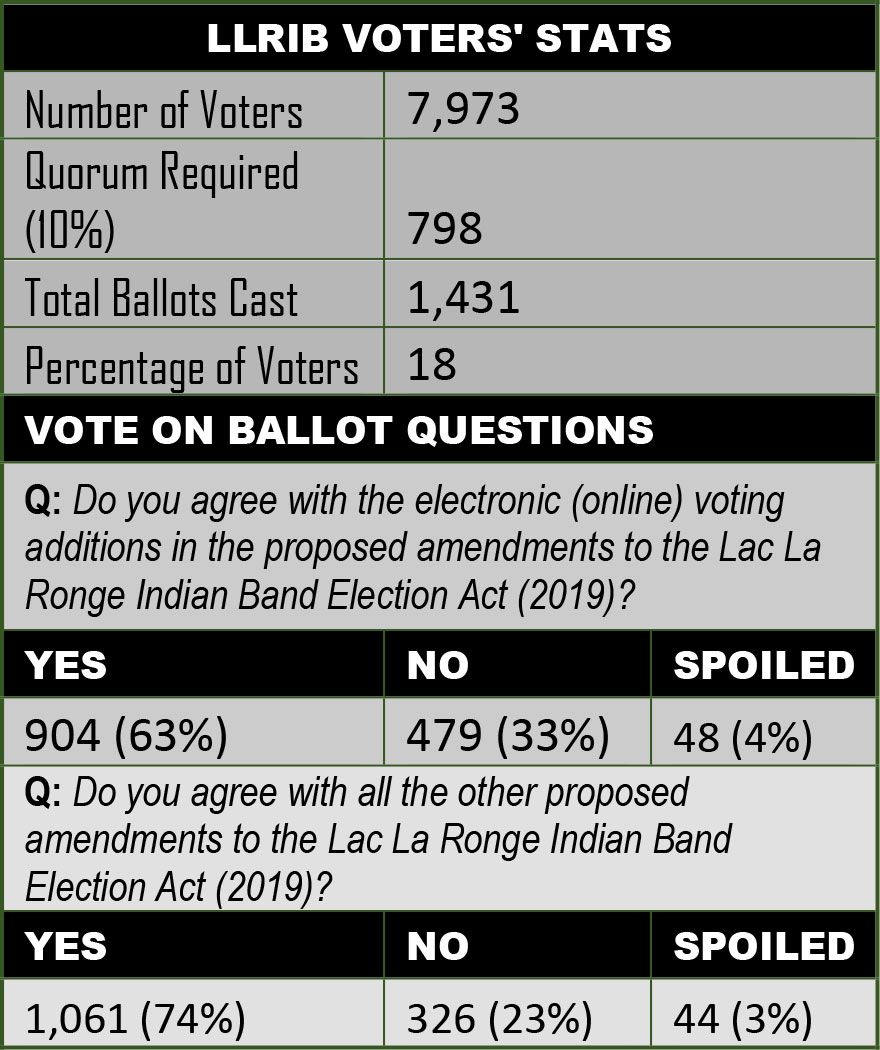